So it was early that Saturday morning that I went to the Metal Dome at Graspop. The band was already there doing there own soundcheck and at 11.30 they started their performance. And I was impressed. And I knew this wasn’t the last time I would see and hear them.

Unfortunately I missed their first gig in Holland, March 2018 at the ‘Melkweg’ in Amsterdam. But that was even before Graspop. But I was very pleased when I saw they were coming back to our country.

So December 14th they performed at Gebr de Nobel in Leiden. And you can imagine how happy I was.

Together with my youngest daughter and her boyfriend I went to Leiden. For me it was also work because I had te write a review for ‘Artiesten Nieuws’ also, a Dutch music website. But it’s the best job you can have. Listen to good music and writing about it.

The only band playing that evening was Stone Broken. A bit strange maybe because most concerts have first one or two support acts before the headliner is on stage. But lets say that Stone Broken was support act and headliner. And what does it matter, I was there for them. 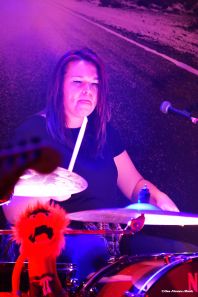 Gebr de Nobel is a very nice venue. With nice people which are very helpful when you have to do your job. I know when you are making pictures it’s not always the most kind job there is. Because you have to walk around and sometimes people don’t like that. But no problem this evening. Everything went just fine. Only the lights were not so good for making pictures.

But lets talk about the music! Like I said before, at 19.30 Rich Moss, Chris Davis, Kieron Conroy and Robyn Haycock started there performance. And it was the last concert of their ‘Ain’t it always easy Winter Tour’.

The name of the tour came from the second album of the band called ‘Ain’t always easy’. This album was released march 2018. Earlier they released the album ‘All in Time’ (2016). 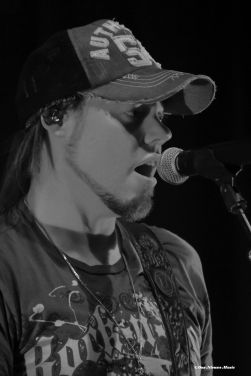 The band played 15 tracks and most of them from the new album. Some people say that they sound a lot like Nickelback. And yes there is a similarity but only a little bit. I think the music of Stone Broken is much heavier. The three guitars give this band it’s own sound. Heavy riffs and clear vocals, still clear even at the end of this tour.

The people enjoy the performance. And I think that has a lot to do with how the band is performing. When they need a new name I will suggest ‘four smiling faces’. What a joy they have and bring to the audience. I’ve seen them twice now and they are always smiling. It’s a happy band which also makes very happy music. The best example is the way they gave Robyn the opportunity to show the people what she is capable of. The drummer is most of the time in the background and gets less attention. And she is a great drummer. Well done Robyn! But all the musicians are great. I didn’t hear any mistake in playing the songs. They are real professionals. 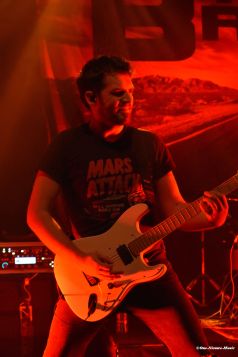 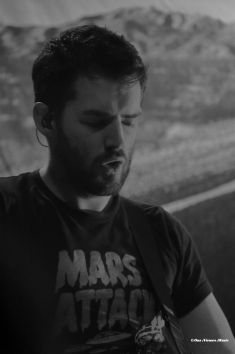 And so I went home with a very good feeling about this performance. It was great to see and hear them. And my daughter and her boyfriend liked it also. They loved the show and I think the band has two new fans.

The day after the show I’m sitting behind my laptop and I’m listening to ‘Ain’t always easy’ and again I have a wish. No two I think. The first one is that I hope they are coming back to our country as soon as possible.

And the one? I hope they have the opportunity to do an acoustic show one day. I listened to ‘Doesn’t matter’ and ‘The only thing I need’ acoustic…….love it.