It was a nice Friday evening and for me a new experience. Two bands I never saw before and with music I don’t know much about. I saw ‘John Diva & The Rockets of love’ and ‘Kissin Dynamite’. But after this evening with American West Coast hard rock and German glam metal it’s time for something else.

So the next day three other bands are on my menu. This time ‘Resurrect Tomorrow’, ‘Nightqueen’ and ‘Hitherside’. Two of them are totally new and ‘Nightqueen’, let’s say, is my “house band” at the moment.

Café Peir-Oan is the place to be. A nice little venue in Mol (Belgium). But when I arrive I hear the concert starts at nine and not at eight. So I’m a little bit early. No problem because there are always people I know and there’s a lot to talk about. 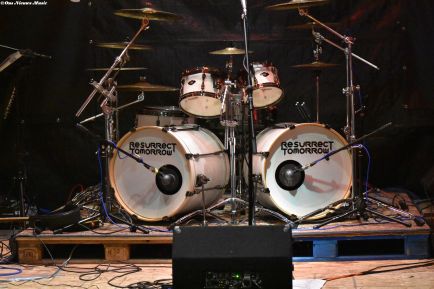 But let’s talk about the music. The first band on stage is ‘Resurrect Tomorrow‘. This band is from Utrecht and they play, trash metal. But again, what’s in a name? The band already released two albums (“A dying Lie” and “The Wolf”) and most of the songs this evening are from those two albums.

The band is a very pleasant surprise. Good music and great vocals. And the songs are never boring. Maybe two quotes I heard in the audience will tell you exactly how this band sounds. 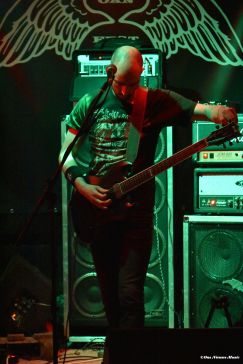 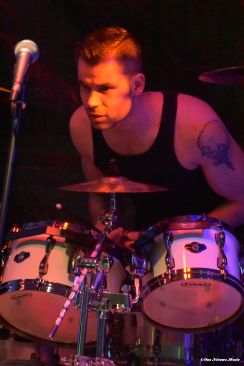 “ I was surprised. Good musicians and very good singing. But especially cool sober guys” and “Gang of enthusiastic musicians with tight arrangements that they release with full dedication to you !!! No nonsense music”

And I can only say that they are right. So thank you Aaron Oostdijk, Hakan Aydin, Dennis van Elteren and Stephan de Regt. I hope to see you again soon! And your Metallica song was awesome!

And what can I tell you about this band? After the video shoot and their performance two weeks ago in Genk is this the third time I see them. And I know that they will do the same playlist as in Genk, so the ideal opportunity to see and hear if there are differences. And I can say……no differences…..again great.

‘Nightqueen’ just finished their latest album “Seduction” (release party June ) and some of the new songs are on that list, so they use this as a try-out for the release party. But it sounds not as a try-out. Fanatic as always and full of passion.  And yes there are a few technical problems during the gig but it’s no problem for them.

And I’m glad that I’m invited for their release party. I will tell you all about it on my website, so stay tuned. 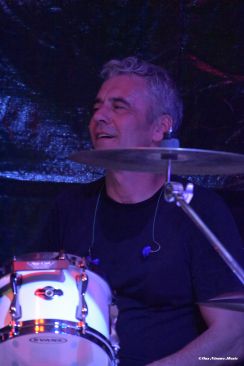 But the evening is for ‘Hithersite’. It’s the release party of the album “Blue Lotus”. ‘Hitherside’ is Jennifer Summer and Sam Oerlemans. Yes, only two band members. Jennifer does the vocals (and songwriting) and Sam is a so called multi-instrumentalist (and songwriter). But today they have Steve Vanderperren on drums.

‘Hitherside’ is female fronted and they call their music melodic metal. But after hearing them this evening I can give their music all kinds of names. The music is divers and the songs different. But I love it. And I can say this band stole my heart. It’s the songs, the music and lyrics but also the way the are busy with their music. With only three musicians on stage they do very well. This is what I call a perfect performance. 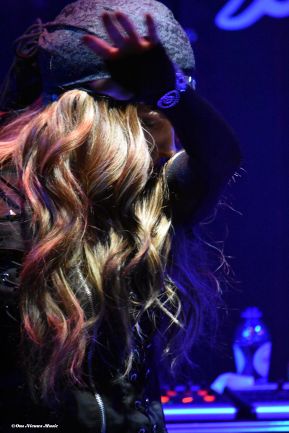 And of course they play tracks of the new album “Blue Lotus”, a masterpiece every music fan must listen to. And convince yourself that I’m right about this band.  Tracks I like most this evening are “Blue Lotus”, “My prediction” and “Karma Comes Calling”.

The only thing I can say, thank you ‘Resurrect Tomorrow’, ‘Nightqueen’ and ‘Hitherside’. After a nice Friday evening I had a wonderful Saturday.