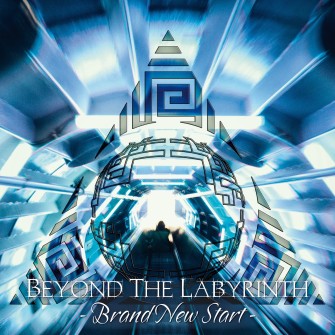 “The oldest classic rock band of Belgium” that’s what they say about Beyond the Labyrinth. The first question I ask myself is what do they mean by classic rock? I can imagine that every individual person has other thoughts about classic rock. The only way to find out is to listen to the band. And I had the opportunity to see them on stage. And I can tell you, it’s rock for sure, but it doesn’t sound old. The band as his own style which I will call “new classic rock”.

The EP consists of four tracks recorded with the new line-up to re-introduce the band to the public. During 2019 and 2020 the band will work on their 5th full length album.

There are four tracks on the EP “Brand new start”:

Early 2019 the band announced that Filip Lemmens was joining the band as vocalist to complete the line-up of the band. The other band members are founder-guitarist Geert Fieuw, Sjoerd Bruyneel (keyboards), Wilfried Kiekens (bass) and Michel Lodder (drums).

Result: the band is going back to their roots more then ever. So, you sound listen to the EP and find out for yourself how it sounds. I already did and I’m convinced, this is awesome!