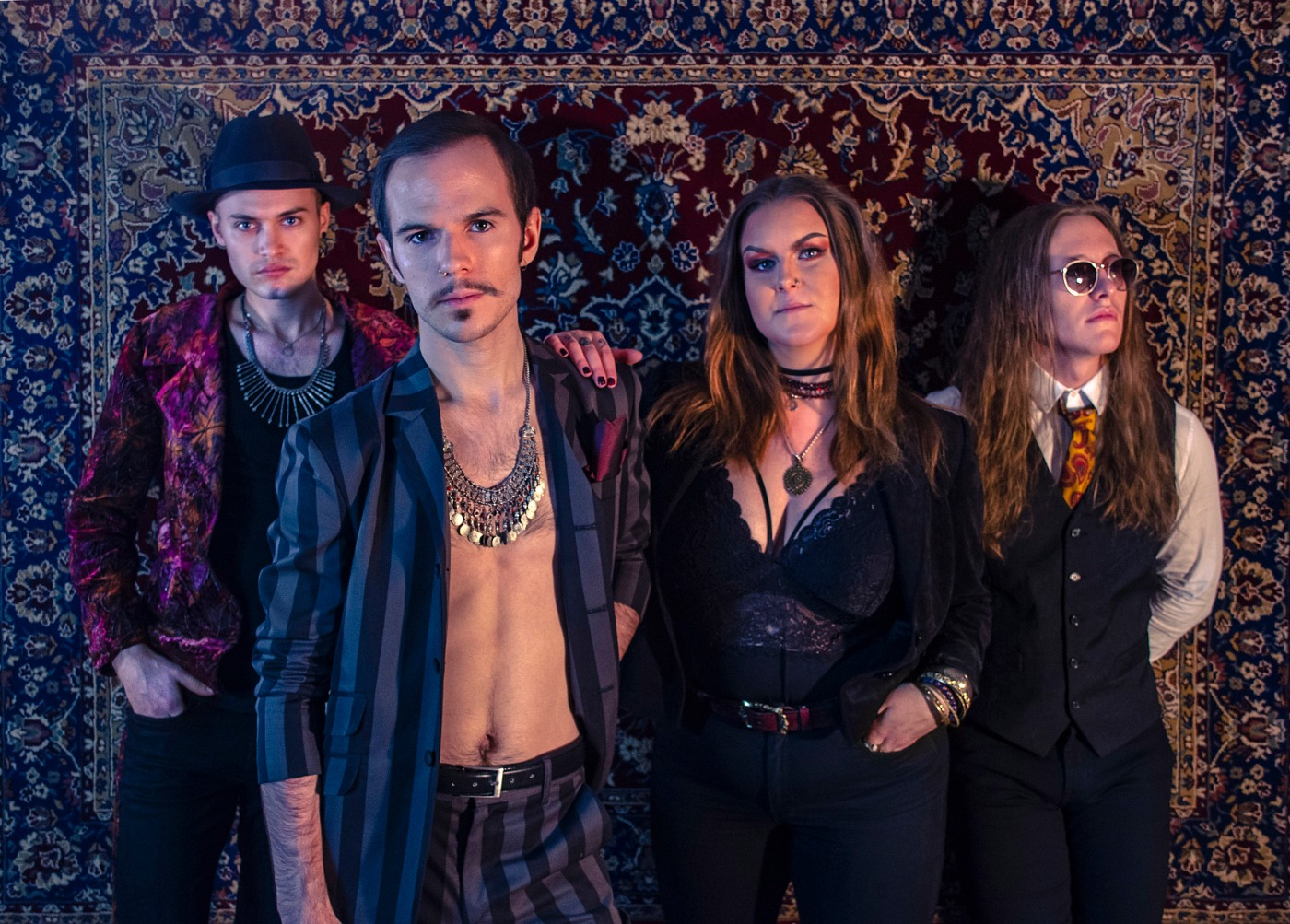 A few weeks ago the Swedish rockband Mother Mersy released their single  “Girl With The Ocean Eyes” (https://onsnieuws.blog/2020/01/02/mother-mersey-girl-with-ocean-eyes/)

After the release I had the opportunity to ask the band some questions. So thank you very much Mothers Mersy for being so kind to answer my questions.

First of all, can you introduce yourself to us. Who are the bandmembers, instruments, musical backgrounds etc.?

Well, Mother Mersy is a group of young rockers, although we’re not that young anymore since we are all closing in at 25. But, the band consists of our lovely frontman and Singer, Emil Starbrant, our groove-specialist Nea Ekdahl Bejmar, our riff-maistro Viktor Drakhammar and our heavy-hitter Erik Gustavsson.

We are a rockband from Malmo, in the south of Sweden, and the band has been around for about 5-ish years. The present constellation is on its 3rd year now, and just like a fine wine, we just keep getting better with age. We all have our roots in the 70th-rock music with bands like Led Zeppelin, Free, Aerosmith and many more. However, we all contribute with different influences we have acquired from years of playing music.

The band is called Mother Mercy. Can you tell something about the name? it’s not the most common, I think.

Haha well, first of all it is Mother Mersy with a S, a thing most people get wrong when they think about us.  We went through a couple of different names before we decided us for Mother Mersy. And there were no specific reason for that name, it just sounded cool, and looked good on a backdrop.

(Sidenote that we first had Mother Mercy with a C, but then games of thrones released an episode called Mothers of Mercy, and that made it really hard to look up our band without getting 500 links to GoT stuff!)

When I read the press kit I saw “Mother Mersy” is back. Does it mean you have been away from music for some time or are you starting again with a new kind of music?

No, it dosen’t mean that we’ve been away, not at all. We’ve just been busy with life and trying to bring new music to life.  So with the ”Mother Mersy is back” it just kinda mean that we’re back with new music, ready to get back on stage in front of our audience and show the world that Mother Mersy is worth to be remembered.

I saw on Facebook the bands you like and the ones who influenced your music. When I hadn’t read that but I only looked at your band pictures I think I could guess which bands have influenced you. Only the way you are dressed was enough. So, is the outfit important for you?

We would say so yes. The outfit you choose to wear as a band usually says a lot about you. So if you dress well that makes for a good impression. And of course do our influences make an impact on how we look, although we just kinda wear what we think looks good, and the fashion from that era just happen to be of good taste.

You have released a new single “Girl with Ocean eyes”. Can you tell something about the single?

It is basically an observation of religion and what it does to people as a group. How easily people in a group are tricked into believing and doing horrible things. The main character in the text experiences, as in a dark dream, how they are the leader of a sect. Hard to see what is real. Creates a symbol / for the movement, (the girl, the angel, the ancestor) who they claim to see has contact with.  A kind of being but with its own agenda (a little inspo from the nude / brook horse / Swedish folk) that attracts people into the water. With the promises of eternal life and the healing power of water, she drowns her victims.

But the title also hints at Billie Eilish’s first released song, Ocean Eyes. Emil, the singer, has been very inspired by her and her music over the past year. 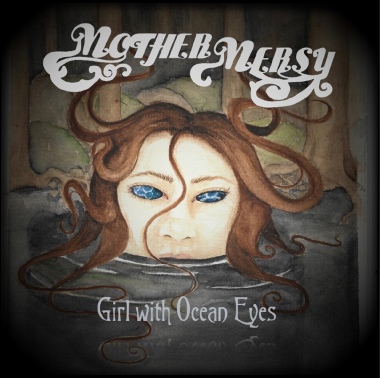 When there is a new single there is sometimes also a new album on the way. Can we expect a new album? And if the answer is yes can you tell something about it.

There are some plans for 2020 and Mother Mersy actually.  We currently have the first plan to release another single and get more material. Then eventually we are looking into releasing an album as well. Containing both old goodies and new material that we are working on as we speak. But, we have a lot of things going on right now and we have a lot we want to bring about  and share with everyone out there and really show what we go for.

Who is le for the music and the lyrics?

Well, you could prob And is it important for you to have a message in your songs?ably say that we have a good dynamic and that we all pull our straws to the stack when it comes to writing our music. However, it is clear that we all have more given roles, Viktor with his guitar parts, Nea with his bass grooves, me and my drum comps and of course Emil with melody and text. And yes, especially for our singer, it is important to bring out emotions, give a message to the audience and to, in some ways, make a statement with his lyrics.

I would say our energy as a live-act.  We often say that to really experience the Mother Mersy feeling you have to come see us perform live. Our way of inviting the crowd, how we let it all out on stage, giving 110% on each show and the fact that our music is made to be listened to live. There are hardly any people who leaves a show disappointed when we’ve been on stage haha.

What’s most important for you when you’re on stage? The music or the performance itself, or maybe both. And what can people expect when they see you on stage.

Hmm, usually it comes down to both aspects. A band could have really good songs, but the experience is brought down by a bad stage appearance. Or the show is great, but the music is not so good. So for us both parts are equally important. Good music and always giving it all. No matter the stage or crowd. And the best way to describe what to expect is to say that you would have to see it for yourself. A show you would remember, definitely.

Can you tell us something about your future plans? Is there a tour coming up, maybe a second new single or something else?

Our first plans, as mentioned before, is to release another two to three more singles, and after that work on a music video for Girl with ocean eyes, our forthcoming album and maybe even more videos. It all depends on how things goes really. And as touring goes, we hope that 2020 gets to be the starting point for many shows and tours, hopefully in Europe and the UK. But for now we have nothing planned as we are focusing on the next coming single.

Is there a change we can see you on stage in Holland?

Hopefully yes, as we said. In 2020 we are looking forward to many shows and we wish to bring them to our audiences all across Europe as well.