Ons Nieuws Music got interested and had the opportunity to interview the band.

“So thank you for the opportunity to ask you some questions. It’s always nice to find out something more about a band. Feel free to answer the questions and give us the information you want to share with us”.

First of all, can you introduce yourself to the readers? Who are the bandmembers, the instruments they play, musical backgrounds etc.

Rasmus Weström (former Inception to Embrace), vocals and rhythm guitar. Picked up the guitar when he heard Daron Malakian of System Of A Down.

Linus Kangasharju (former Arm the Penguins), lead guitar. Vocalist in his former band and joined Leading Light a couple of years ago after being stand in guitarist for a while.

Simon Östergren (former Inception to Embrace), drums. Been seated behind the drums since his first steps.

The name of the band is ‘Leading Light’. Is there a special meaning why you have chosen the particular name? When I look at the logo of the band I see a lighthouse. Is that correct? Do you have some connection with a lighthouse?

It was actually Rasmus tattoo artist that came up with the name whilst he was getting a lighthouse tattooed. He told old stories about when was a sailor and the would yell ”Leading Light” whenever they spotted a lighthouse. We just thought it was a good name and went with it. So yes, it´s a lighthouse.

How can you describe your music?

It has a perfect balance between brutality and melody with deep lyrics covering anxiety, inner conflicts and much more.

The band was formed in 2012. Were there some (musical) changes during the years? Maybe new bandmembers or style of music?

You made two EP’s and two albums so far. Can you tell us something about them? Are they different from each other and how will you describe the differences?

As time has passed we have went from technicality to more creating a feeling. The first EP is pretty straight forward and brutal. It was a leap from how our former band sounded like. Then we found some other inspirations which made us find another sound. It was more melodic but still didn’t take the brutality away and this is what we went on trying to perfect.

Who is responsible for the music and the lyrics?:

Rasmus writes all the lyrics and is more than often the one who brings an idea of a new song to the table.

Is there a particular message in your songs or albums?

Most of our lyrics is about struggling. And even though we aren’t giving a solution to the struggle (would be pretty awesome but that’s impossible), we have gotten some feedback from people telling us that our music has helped them through a tough time. 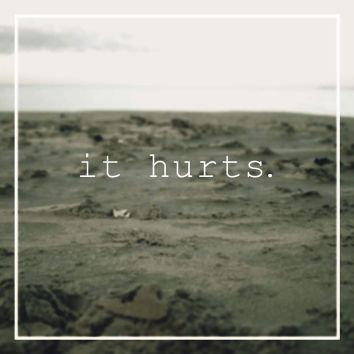 The new single is called “It Hurts”. What can you tell about it?

We decided to stop trying to release full length albums and just focus on one song at a time. The song fell together very fast and we rehearsed it for at last a hundred times to perfect it. Then we went to Gothenburg to record it at Obsidian Recording Studios. Robert Kukla who produced it did an excellent job and came with some inputs which made it even better. Then Fredrik Nordström (Studio Fredman) did the re-amping for the guitars and Tony Lindgren (Fascination Street) the master.

With a new single people sometimes expect a new album also. Are there plans for a new album?

As mentioned above we are currently not planning on releasing an album, but you never know!

This year everything is different I think? How is the band doing during this ‘corona time’. I know that it’s different in Sweden then in Holland. Are there for example opportunities for gigs? Yeah, it´s  hard times. The gigs we had have been cancelled and we are focusing on writing music and giving what we´ve got to those who are following us.

How important are the fans for the band? Do you have a lot of fans and what can you tell about them?

The fans is what makes it all worth while. To say that we have many fans would be a saturation, but we do hear from people all around the world which is fantastic! And fantastic is a word describing our fans very well.

Is ‘Leading Light’ a band you have to see on stage? And is there something specials when you’re on stage?

Definitely, and that’s all we will give away. Come find out yourself when this pandemic is over.

When the whole corona shit is over, is there a tour on the calendar? And is Holland one the countries you will visit?

There will definitely be a tour, hopefully to cover as much of Europe as possible. We would love to make a stop in Holland as well!