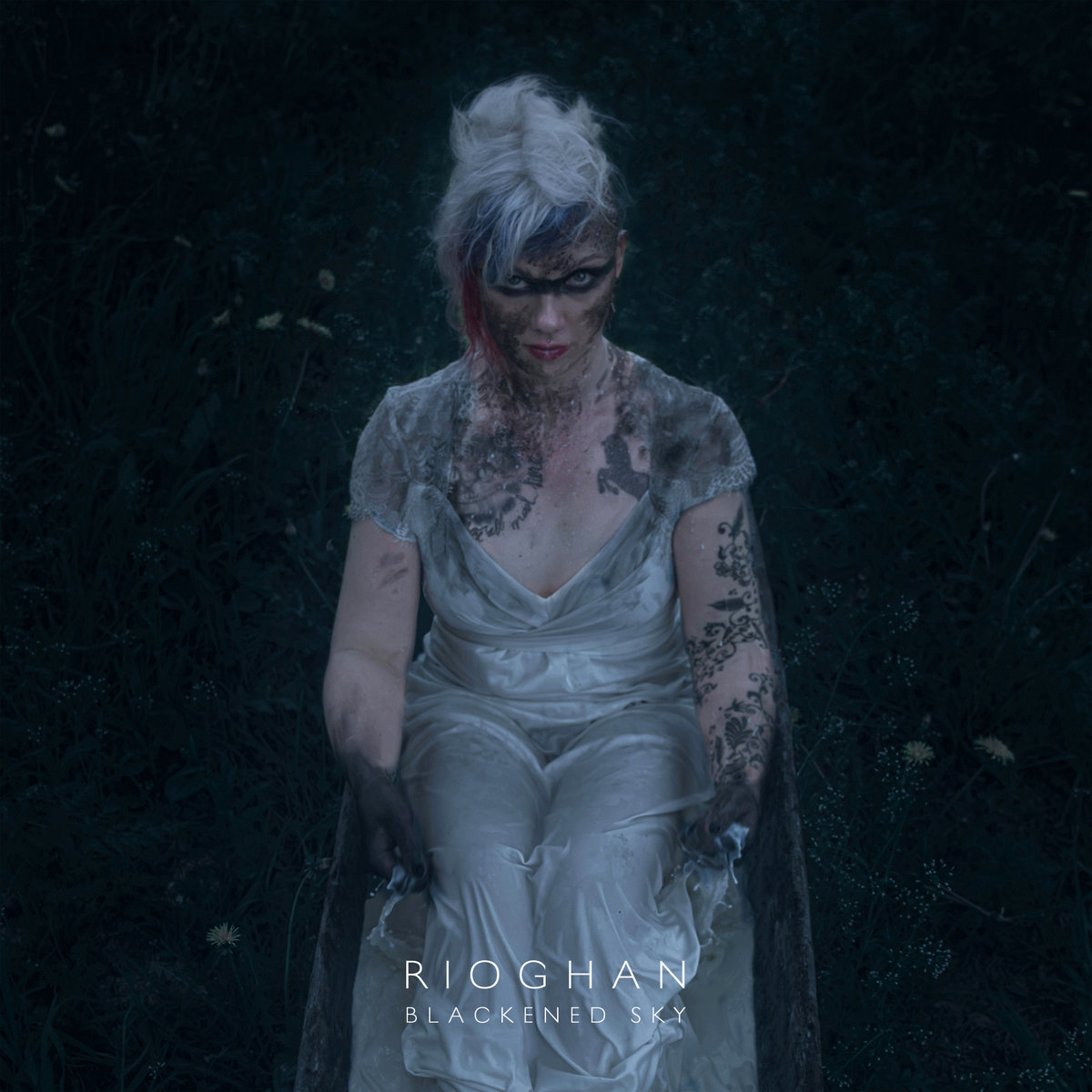 Always looking for something new and special, that’s what I like to do. And this time I can introduce you to someone very special. It’s Rioghan Darcy. Maybe you already know her when you’ve been listening to her song ‘Enough’ which I published on my Facebook music page.

And reading this about her made me more curious:

“Rioghan is a solo project performed by singer Rioghan Darcy. Rioghan was founded in 2019 and is based on Lapua, Finland. Rooted deeply in both gothic and progressive metal scenes, she sure should bring something interesting on the table”.

And with a new EP (‘Blackened Sky’) which will be released the 10th of March (review will be on my website, so reasons enough to introduce this versatile artist.

So thank you very much for answering the questions!!!

First of all, can you introduce yourself to my readers?
Cheers to all, I am Rioghan Darcy, a 27 year old singer from Finland.

I saw that you started as a poetry and lyric writer. Can you tell us something about the things you did as poet?
Well there’s not really much to tell as it has been only a strange hobby of mine, and that is something I really haven’t done with any real goals in mind. Except of course challenging and improving myself and my expression.

You were also a lyric writer. Did you write lyrics for bands? And can you tell us (if the answer is yes) for which bands?).
No I haven’t done that before because I have really kept writing to myself, but actually now I have received a few requests for lyric writing, let’s see if they become something later.

Why did you change from poet and lyric writer to the music scene?
I wouldn’t necessarily use the term “change” as I see it more as improvement, or development of my ability to use different channels for creativity. Not in any case should writing and music cancel each other out, quite the opposite!

Do you have a  musical background?
I have played piano since I was little but when I was about 17 or 18 I realized that wasn’t really my thing after all and a few years after that I started singing practice and lessons and found my true calling. I’ve also played synths and piano in a few local bands but that was almost ten years ago so it is irrelevant really.

Your first EP is called ‘Blackened Sky’. Can you tell something about the tittle?
The Blackened Sky -title comes from the first single ‘Hollowness’ -lyrics, as the song starts with “Branches reaching for the blackened sky”. We thought with the producer Jonne Soidinaho that it kind of sums up perfectly all we are representing here; melancholy, dark thoughts and feelings, that certain ‘hanging threat’ feeling but yet an open sky to continue this journey.

In the press release I can read that the EP is in the genre progressive/gothic/alternative. That’s a great range. How will you call it?
Well we really had problems to come out with a certain genre, as the songs on the EP are so different. So we decided not to force it and just write out this wide range where all of the songs (allegedly) can be dropped at least with some imagination.

Can you tell something about the four songs on your EP?
Hollowness
This was the hardest song for us to finish. We edited it multiple times and even re-did the whole song once. After all the trouble, somehow it became the one for introducing this project to the world. The lyrics were made from one of my older poems and adding some wider perspective around it. This particular poem was very personal to me, but somehow it was refreshing to update it now when my own mindset has changed a bit from the time it was made.

Enough
This was the first song we did together and after this one the whole concept became much lighter. Originally we were supposed to do ”only” this kind of songs, but then we threw all genres to trash and decided to do what we wanted instead. I really had to go through a lot of practicing for the rough vocals, as I hadn’t recorded that kind of singing before. Also for that reason, waiting to finish this song in the studio was nerve racking for me as I was really insecure about my technique before the session, but somehow just a few weeks before, something clicked and I just started doing it right. All in all, I am super pleased with the outcome and can’t thank Jonne (Soidinaho, producer and songwriter) enough for making this one possible and giving me thoughts and teaching for different vocal skills.

Wither
This song was supposed to become a love song, but somehow it (too) ended up being a sad story. We started making this instruments first and picked a lyric after some of the instrumental visions had already been recorded to the demo. In the lyric the love is obviously present, but also strong feelings about fear of rejection and looking up from depths before surrendering to completely new phases in life. This was also the only lyric where the original poem ended up completely unedited, just a little repetition here and there.

Corrupt
This song will be the last song on the EP. It is a calm but a bit unnerving (in a good way of course) setting with more organic tones, acoustic guitar and I get to use the lower range of my voice. Lyric wise, it tells the story of self-development and kind of self-appreciation, when you find yourself in the lowest point of your road, you have to choose between destroying yourself by just laying in the fire or saving yourself by letting go of everything you know even though it will be the hardest thing you’ve ever done.

Is there a message in your songs?
Well, I kind of went ahead of this with the previous question already! There might, or might not be messages, sometimes personal, “crypted” in the form of a poem, sometimes “just” stories put into words, dreams, etc. Anything, really.

Who is (are) responsible for both music and lyrics?
Music to this EP is written by me, Jonne Soidinaho and Atte Pohjonen. Lyrics are all written and arranged by me.

Can you tell us something about the metal scene in your country. The songs you sing are not really traditional metal songs as we know them from Finland.
No I don’t think they are traditional in any way.. I think traditionally us Finns have talent in symphonic metal, folk metal and melodic death metal, there are a lot of widely recognized bands from Finland in those genres. But I think it’s the dark winter that affects us and draws us to the gloomier side of life and that is audible in Finnish music, also in pop scene.

You’re a solo project. But a live lineup is in the making I presume. Can you tell something about the musicians you want to perform with?
Really I don’t have ANYTHING to tell about the live arrangements yet and I haven’t made any feasible plans with anyone yet. All has been slowed down and f’d up by covid.

Will there be a release party?
Well, define a “party”. Probably! ….Drinking alone at home in underwear and hang out in Skype?

Is it still possible to perform in Finland? In our country there haven’t been concerts since March 2020.
Well it’s quite the same here. There was an ease in restrictions in September/November and what did that lead to? You guessed it; more infections and now the restrictions are back again. At the moment all gatherings above 10 people are prohibited in my area.

When the EP is released will there be more music to come or will you continue as a poet and writer?
Oh, will there! I have currently nailed a few super interesting collaborations for songwriting to make a full album. Full album will be released in spring 2022, if everything goes as planned!

All social media links here, but I mostly use Instagram and all poems are added to rakkausrunot.fi, so those two are the main channels.
Instagram
https://www.instagram.com/rioghandarcy/
@rioghandarcy