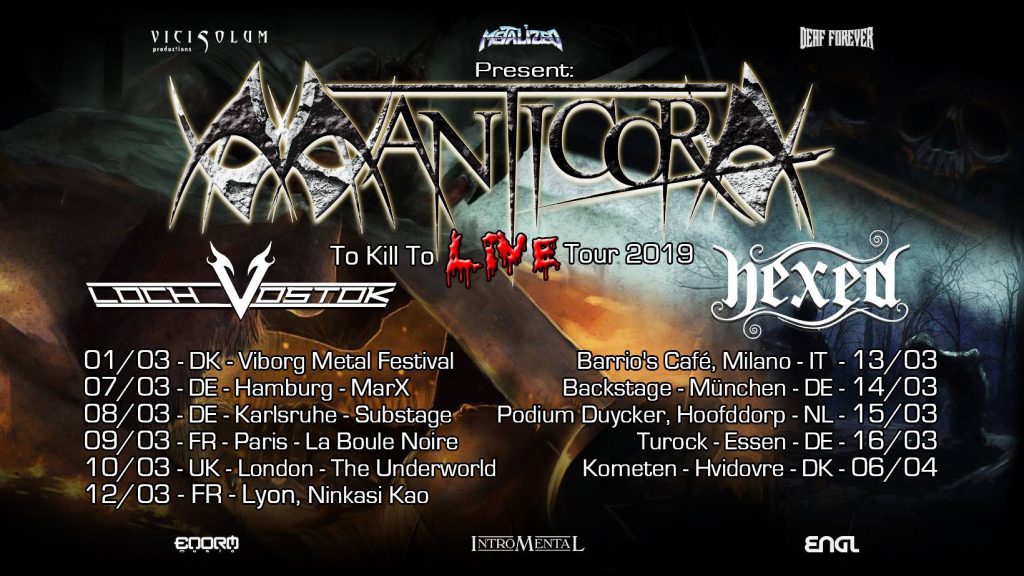 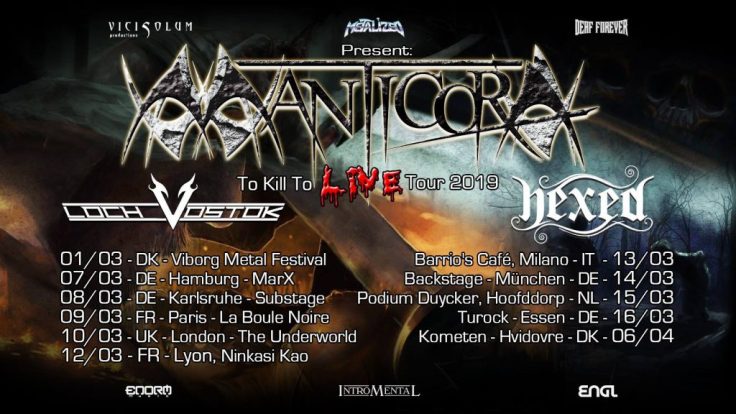 After a nice Friday with the ‘Sisters of Suffocation’, this Friday I have to go to Hoofddorp. A little bit further away, so I decide to travel by train, why? As you all know, traveling by car on a Friday afternoon with lots of wind and rain is almost impossible to do. It takes hours to reach your destination, so the train is a good alternative. 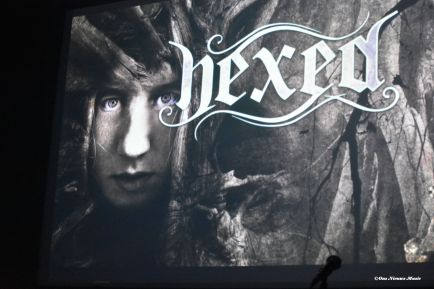 Why going all the way to Hoofddorp? Well that’s quite simple, ‘HEXED’ is playing at Poppodium Duycker and it’s one of the bands I want to see live. I discovered them two years ago I think, and I loved their music from the moment I first heard it. There has always been contact with the band but only by social media. And now I have the opportunity  to speak to them face to face,  and listen to their music. 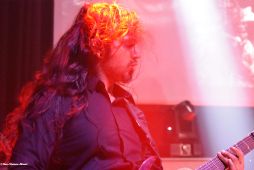 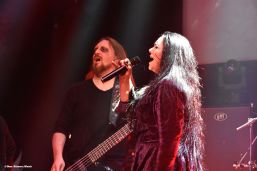 When I arrive at the station I have to walk to the venue. Just 15 minutes and there it is. Outside a big red bus which I saw already on FB following the tour the band is doing at the moment They are on tour with ‘Loch Vostok’ and ‘Manticora’. Two bands I do not know. 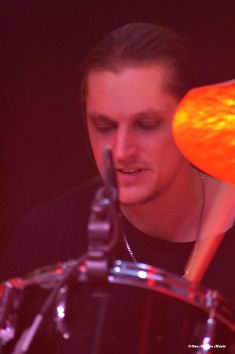 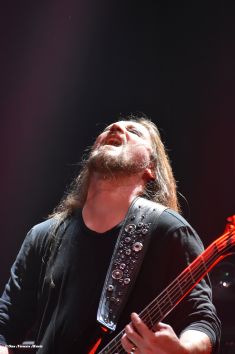 They told me doors at 19.30 and start concert 20.00. But when I arrived nobody there. No problem because I can wait inside where it is very warm and dry. I found out that it is doors 20.00 and start concert 20.30. But the nice staff of Duycker opens the door a few minutes later. So, I have enough time to look around in this nice venue. It looks great and I’m happy already because they are testing the lights and it looks good enough to make pictures. 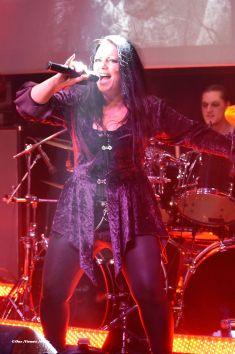 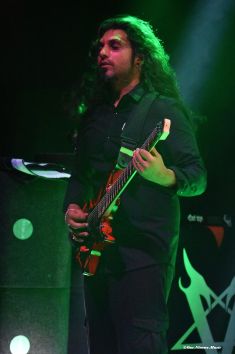 At exactly 20.30 ‘HEXED’ is on stage. I’m curious because I know how they sound on their album “Netherworld” but now it’s for real. The first song is “Obedience” and bang……this is ‘HEXED’. It sounds great and I’m impressed. It’s amazing to see this band on stage. The album is great but some bands are even better on stage and ‘HEXED’ is one of them. The four musicians play very well and the expression on their faces shows us that this is the thing they like to do. Playing for a live audience. And there is Tina (Gunnarsson), she has a great voice and she makes the show complete. With songs as “Exhaling Life” and “Netherworld” she steals our hearts. With Stellan (Gunnarsson) on guitars and backing vocals, Daniel (Håkansson) on bass, Jay (Matharu) on guitars and Simon (Aspsund) on drums they are doing very well. I’m glad I have the opportunity the see and hear them on stage. 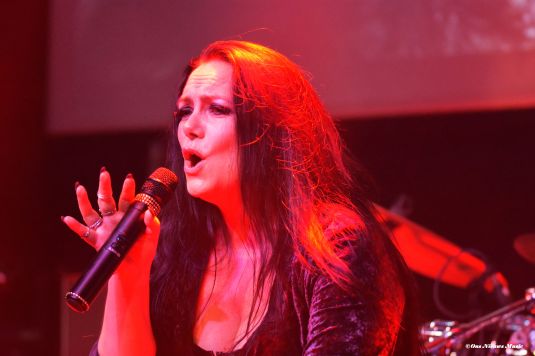 Far to soon the show is over. But that’s how it goes when three bands have to do their show. A few minutes after they have left the stage Tina and Stellan are back so we can talk together. How nice it is after talking with each other only on social media to talk face to face. And what a nice people they are. We talk about the performance and about the tour they are doing. And I really hope they have the opportunity to come back to our country and play for a bigger audience. They deserve it and I’m sure there are a lot of people who will like them also. And I know we have a nice event in October……so please……..I think people will love them.  A few minutes later Daniel joins us. But I already spoke with him when I came in. 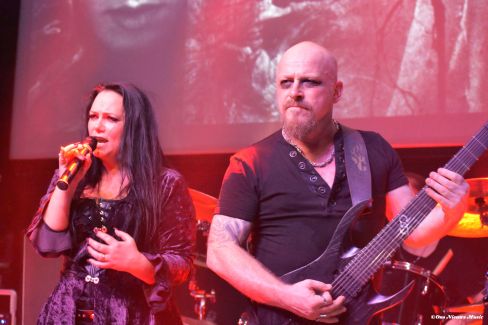 I have to go home again. But it was great to see and hear ‘HEXED’ live. And to speak with the bandmembers. I enjoyed every minute of the evening and I hope I will see them again soon. Because they make great music and because they are very nice and friendly people. Living for their music but with time and attention for their fans. Thank you ‘HEXED’ for a wonderful evening!!! 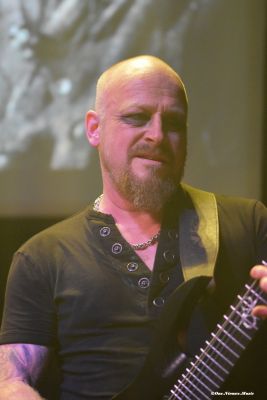